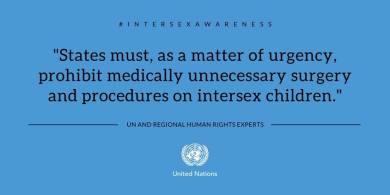 INTERSEX people are born as often as redheads, and possibly even more frequent. Sometimes when we are born, doctors do not even call us “intersex” or even “hermaphrodites”. Instead, they tell our parents we are born with a “defect”, a “disorder”, or a “syndrome”. Which is very misleading. This way they can justify corrective surgeries, hormones, and psychiatric treatments that shove us into the male or female boxes on our birth certificates. Often times, as infants, assigning us the wrong gender, taking away fertility, and even taking away sexual pleasure when we become adults. Gender is not in our genitals, reproductive system, chromosomes or hormones. Biological sex is determined by our genitals, reproductive system, chromosomes, and hormones.   We have typical female, and typical male and sometimes a baby is born with the biological sex: intersex.  I repeat, our gender is NOT determined by our genitals, reproductive system, chromosomes or hormones.  To learn more her is the United Nations’ Intersex Fact Sheet.

Gender is like our personality. It is time that doctors told the parents of intersex babies to RELAX and simply LOVE their baby. Let the baby tell the world who they are when they get their VOICE.

In most cases, intersex is NOT a medical emergency, so it needs to STOP being treated as one. This is NOT a psychosocial emergency either, or a race to mark the two boxes on the birth certificate with irreversible “corrective” surgeries.

This is a HUMAN, who is simply born ‪‎Intersex‬. ‪HumanRights‬ equal GenitalIntegrity‬! ‪ This world needs to ‎Stop IGM‬ (intersex genital mutilation). The ‪‎SelfDetrmenation‬ of ‪‎Gender is every human’s ‪#HumanRight‬. The ‪‎UnitedNations‬ says StopIGM! ‪‎ It is time we all listened. It is time that laws to protect intersex babies, children, and adults were made.

Intersex is not a congenital condition, a disorder or a syndrome. It is like being born male or female. We are simply born intersex.

Chile outlawed unnecessary Genital “Normalizing” Surgeries on Intersex Babies! 2nd country to do so since last April 2015, when Malta was the first.

Intersex Is What it is…..

Two diagnoses that bring in the cash $$ for surgeons, psychiatrist, and therapist: Disorders of Sex Development, and Gender Dysphoria

Intersex Bodies are Not an error: My Intersex Story, and the stories of so many others.

How dare you say to my face, that it is ok if they had killed me as a fetus.

A poem written by a mother of an intersex child who was violated: 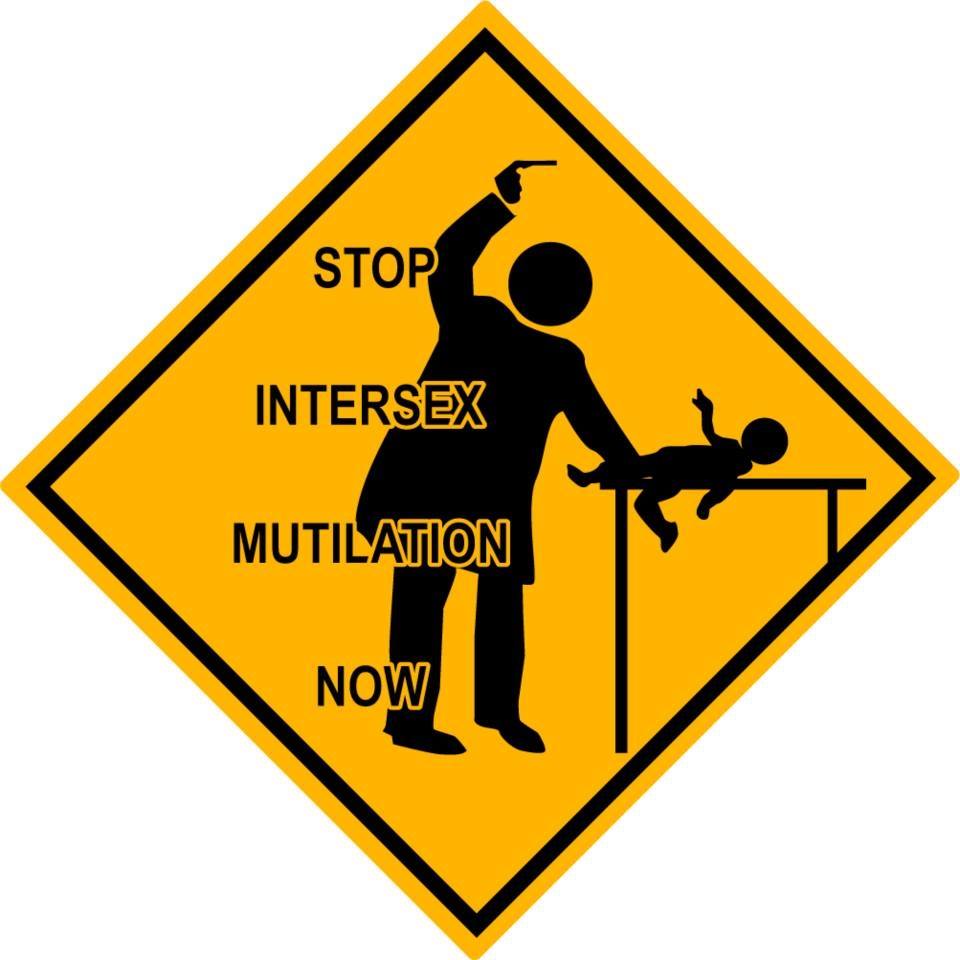 1 thought on “Doctors call us a disorder, defect, or syndrome, when we are born. We are simply INTERSEX.”