Invitation Only: Unitarian Universalist Fellowship of Durango | Online Showing of Documentary: Stories of Intersex and Faith and Panel Discussion | April 16th, 6:30 to 8:30 pm

To Register, Please go to: FilmShowingFlyer 2 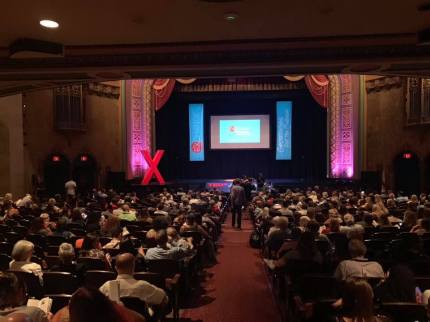 Standing in the same spot as Adam Ant, my childhood hero.

My TEDx Talk Video: Born Intersex: we are human!

What It’s Like: A WJCT Podcast with Anunnaki and his husband James

Here is the Joke about Me; LGBTQIA+

I am an Intersex Survivor:

I emancipated my true gender in 2014, after being assigned the wrong gender at birth.  Here is my autobiography.   I started giving education talks in 2015.   This is my life work and passion to help children born like me.

According to the United Nations’ Intersex Fact Sheet: Intersex people are born with sex characteristics that do not fit typical binary notions of male or female bodies. Intersex is an umbrella term used to describe a wide range of intersex natural bodily variations, hormonal variations, and chromosomal variations. In some cases, intersex traits are visible at birth while in others, they are not apparent until puberty or may not be physically apparent at all.  Even though 1.7% of the population is born intersex, about the same number of people born with red hair, the term intersex is not well understood.   Us intersex people have been erased in many ways from the view of society.  This is why education is crucial so that we can change society and make this world a safer place for all of us.

Why I Saved My life and Now Help Others:

October 20th, 2018 I became a TEDxJacksonville Speaker.  I will be adding Youtube Linke to that shortly.  Once it is edited.  Below is an audio clip, from the PFLAG National Conference in October 2017,  where I share why I didn’t commit suicide and why I decide to save my life to help change this world.

Here is the link to my first talk, in September 2015, where I am very new to sharing my story and am raw, on Youtube: My First Talk

Please submit your proposal to have me come to educate below:

#loveislove🌈 #lgbtqia+ #pride🌈
Have #pride🌈 #GenderEtiquette101 #Humandiversity is #beautiful.
#georgefloyd #WeAreHuman #prejudice #blacklivesmatter #HumanRights #wecare
#recovery #adultchildren #MyIntersexStory
It is not easy. Send your love to our family. Day +36/100 Beating the odds! #OurIntersexLoveStory #bonemarrowtransplant #cmml #leukemia
A friend shared this saying: "never give up." We appreciate the love and support during this time. Day +35/100 #bonemarrowtransplant.

A Day to Honor and Remember those who came before us.November 8, 2021
7 months to go.