I watched a November 2015 Dr. Phil show episode entitled, Mama’s Little Boy or Daddy’s Little Girl: Identity Confusion or Brainwashing?. The reason I’m giving that show space in my blog is to illustrate the way NOT to advocate for intersex human rights, and I almost got coerced into it.   The show’s narrative focused on the conflict between an intersex child’s parents.  The conflict gave a reason for Dr. Phil to entertain the audience with a public counseling session. The child, Aubrey, served as a prop to move the story along and keep the audience engaged.

Not one time did the show address the elephant in the room — the mutilation of Aubrey’s body.

Three adults on stage, one who practices pop-psychology and entertainment, and a team of producers, editors, writers, and staff members each held the potential to influence public intersex awareness of the most egregious violation of Aubrey’s rights.  Each one opted out of the responsibility.  That’s complicity at its worst and it’s why I sent a message (as did many intersex activists) to the show to shine a light on the violation. In a nutshell, every adult who touched the story failed to address Aubrey’s intersex genital mutilation.

What happened next surprised me and almost lured me into the same trap.

My letter to Dr. Phil captured their team’s attention. I received a reply requesting me to share personal information and consider being a guest on the Dr. Phil show. I considered the potential to advocate for Aubrey and other intersex children who are violated. I asked my husband James and my colleague, Dr. Judi Herring if they would appear with me to help advocate for intersex children and they agree to do so contingent upon learning more as the process unfolded. I shared my story by answering questions on a standardized form.

A researcher for the Dr. Phil show called my husband to ask if he truly still loved me.  The researcher also asked my husband about his sexual orientation.  He also asked my husband loaded questions like if he liked girls and asked if he had had sex with a man before. Answers that are a no-win, considering my husband has been with an intersex person most his life.  Obviously, and purposely trying to uncover trouble, that thankfully does not exist.

When the researcher discovered that my husband truly loves me as an intersex man and that my kids are happier with all the changes I have made as I’ve self-determined, emancipated myself and now manifest my true gender, he called me on the phone.   We talked for over an hour and when it was clear that my twenty-eight-year marriage to my husband flunked the “drama and conflict test,” the conversation moved on to potential relationship conflicts with extended family members.

The researcher’s questions and conversation sent up red flags. His interest was in sensationalism, not advocating for the human rights of intersex people. He had no concern that magnifying or manufacturing drama might hurt our family. He showed no awareness that our family has been hurt again and again by people who lack an understanding of the vast variety of sex characteristics in the natural world, including intersex.

I offered the drama he needed, CULTURAL DYSPHORIA: a cultural mindset that is bent out of shape by the reality that sex and gender are not binary realities.  I then said to him: “It is too bad that Cultural dysphoria can’t walk onto the stage and interact with Dr. Phil.”  He was in agreement that this would be a problem.  He needed a person with whom I have a conflict, and I was not going to guide him to that person.  My family is finally at peace when it comes to those who have wanted nothing to do with us.  After the hell we have just survived, after medical neglect, and my almost literally dying several times, we definitely did not want to stir up trouble.

The rest of the backstory is irrelevant. Bottom line I said, “No!” A big platform for the wrong message would be damaging.   It would create destructive noise and further drown out the important messages being communicated by the many activists who are working tirelessly to educate the world.  This poem shares my true intent, and I will not sway:  I Promise to Be Your Voice: My New Year Resolution. 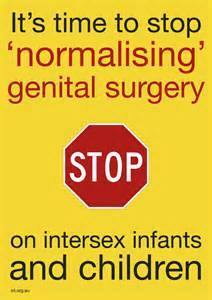 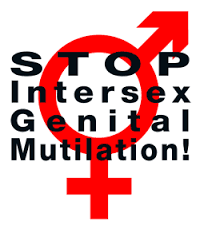 Articles that were written after this Dr. Phil show about Aubrey:

We all have the POWER to HELP Make this a BETTER WORLD for INTERSEX PEOPLE!

Here are several resources to learn more about intersex:  What is Intersex?  and Educational Videos.

A Day to Honor and Remember those who came before us.November 8, 2020
Intersex Day of Remembrance, also known as Intersex Solidarity Day, is an international awareness day that aims to draw attention to the issues faced by members of the intersex community. It is observed on November 8, marking the birthday of Herculine Barbin.  Herculine was a hermaphrodite (we now say intersex person) who wrote a memoir about their life and the tragedies they faced in the nineteenth century. It is an honor to me to have been born November 10th, two days after Herculine. May this world change for all of us born intersex.