How did my husband and I become a sexual minority?

First of all, I did not want to be a sexual minority.  None of us get to pick how we are born.  I was born as a 46, XX Intersex Person.  My husband and I fell in love back in 1989. He never knew that after twenty-seven years with me, I would someday say I have had enough appearing female on Earth.

I hid my masculine, physical, and behavioral differences until October 2014, when I had had enough!  My husband and I use to appear a cisgender heterosexual couple, and as a typical American Family.   I appeared a female, and some even said I was very beautiful.   Since the age of three, I have known I was a boy, but professionals had to teach me otherwise.  I was to be raised a girl, and so it was.

Why did I wait until forty-six to reclaim myself?

October 2014, at the age of forty-six,  I had had enough of appearing female in this world.  I stopped everything that would make me hormonally appear female, and decided to embrace my masculinity by seeing a transgender friendly doctor that would prescribe me hormones.  At that time I stopped the war of the body hair too!  I let everything grow! It has been glorious!

Back when I cried for help in the 80s, I was not fortunate to find help.  Buck Angel (this link is a video of him sharing his story) was crying out at around the same time in psychiatric hospitals.  But unlike him, my doctors did not help me.  I will never know why, but I know that transgender medicine is still taboo.  Sadly, when I did share, I was told I was insane by family and doctors.  Worse, when I shared with my boyfriend that I felt like a gay man, he raped and beat me.  He was going to finally fix my “problem.”  So I hid even deeper within.

It was not until I became desperately physically ill that my spirit finally started to rebel within me, and I wanted out!  I wanted to be seen for who I truly am. I wanted to see if I could regain my health if I stopped poisoning myself with the medicines that doctors prescribed me.  In the end, I used a cane, and slept sixteen hours a day in a hospital bed in our home.  I used an electric wheelchair for distance even.

On top of the androgens and testosterone my body already makes, by December 18, of 2015, I decided to start injecting even more testosterone.  I tried to live with “androgynous hormones” (both male and female) for a while.  This not only helped my muscles due to having problems with my muscles and sexual dysfunction but would also help me to develop even more secondary traits that most perceive as the male gender.  It did not work out as I had planned.  By March of 2015, I went hormonally full-time with male hormones.  This shut down my female hormone cycle, which I agreed to.  I have never been happier and more emotionally stable.  A peace came over my body.  I am now out of a wheelchair and am weight lifting and biking.

But, after a few months of higher male hormones, like a magic wand, my husband of twenty-seven years and I would now appear a gay couple.  My appearing as a very feminine guy, and being androgynous too, is not always well received either.

Does this mean my husband and I are gay?

Not really, but society says yes.

My husband likes to tell the world that he is “Anunnaki Sexual”, not “gay”.  Yes, he is with the same gender now, since  I have legally changed my gender.  But since I have an intersex body, and he only loves me, only desires me, and has never been attracted to cisgender men sexually; no he does not feel gay.  For me, yes, I feel gay but faithful to my husband.  We are deeply in love, sexually compatible, we have created our family of three kids, and I feel safe with him.

For fun, I share the flags that describe my sexuality: 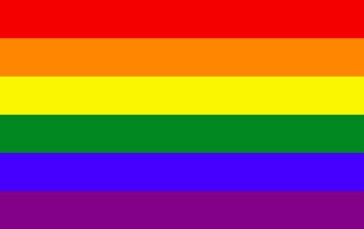 To show the sexual orientation of my husband and me, one would merge these two symbols:

This is the symbol for two gay men:

To learn more about gender symbols, you can go to this page: All the Gender Symbols

It is my hope at some point, we will come to realize, as humans, no matter how we define our gender or sexuality, that we all will have equal rights someday.   As an activist, I now proudly join you!

Here is an update to this blog, written June 6th, 2016: Is my husband gay, now that I appear a man? I will use “Intersexual” as a Sexual Orientation.  I also celebrate with the United Nations’ on Intersex Awareness Day, October, 26th 2016:  I was born perfect, and I am lovable. Thank you, United Nations. 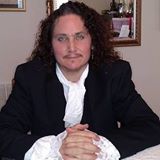 Third Quarter (I get my hair cut) 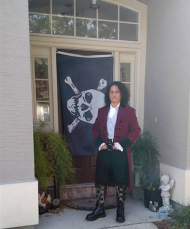 Here,  Eden Atwood, an XY woman born with a form of intersex known as Androgen Intensity, answers this same question on how they became a sexual minority: More Interthoughts: Interview Eden Atwood Part 2

Past Blogs, or pages, I have written that might be of interest:

7 thoughts on “Are my Husband and I Gay Men Now? How We Became Sexual Minorities, Our Intersex Love Story.”