I am dear friends with Phyllis Gallisath, a mother whos buried her transgender son died last year.   His name was Liam, and he had been found dead, after not coming home one day after completing suicide.  Like many of us assigned wrong at birth, he suffered from horrible depression and it finally took his life.  He is among thousands of transgender and intersex people who were assigned wrong at birth who die from suicide each year.

I made this memory of Liam Burdick (Feb. 18th, 2000 – May 1th, 2018),  after hearing her pain regarding people claiming they are grieving the transition of their trans child.   She has literally suffered each and every day since the passing of her eighteen-year-old son.  I then blasted it out to social media to give a message about semantics.

Phyllis is the founder of PFLAG Rockford Chapter and now volunteers for LGBTQ+ parents as a voice for grieving parents.  Here Phyllis shares their heartbreaking story about Liam’s suicide: Our City, Our Story. Rockford, Illinois:

Needless to say, she often gets to hear that the parents of transgender kids share that they are “grieving” that their child’s transition to their authentic self.  Her son truly died, and she grieves his loss every day.  Phylis will never get to hold her son again.  I heard her pain and realized that there is a big message to be heard and a lesson to be learned about semantics.  Plain and simple: We transition our authentic selves, we do not die.

Sad to say those who do not want to have sensitivity regarding the grief of her dead son continue to attack Phyllis regarding the misuse of the word “grieving”.  Here is Liam’s grandmother’s response to the conversations started because of this post and then I will share Phylis’ letter to you so she can voice her own thoughts:

OPEN LETTER TO ANYONE WHO WILL LISTEN

Language matters. Language can help us convey properly what it is why are trying to say about ourselves, our feelings, others, and the world around us. Yes, like I said – this includes feelings. Although as we know, feelings do not give us a pass to be hateful, hurtful or bigoted. Just as it does not give us a pass to to allow feelings that are rooted in transphobia, heterosexism, homophobia or any other phobia or ism for that matter.

So Let’s discuss grief for a moment. Here are some definitions of the meaning of the word grief.

Grief: “is a multifaceted response to loss, particularly to the loss of someone or something that has died, to which a bond or affection was formed. Although conventionally focused on the emotional response to loss, it also has physical, cognitive, behavioral, social, cultural, spiritual and philosophical dimensions.” (wikipedia)

1a : deep and poignant distress caused by or as if by bereavement

//his grief over his son’s death

b : a cause of such suffering

//enough grief for one day

b : annoying or playful criticism

//getting grief from his friends

c : an unfortunate outcome : DISASTER —used chiefly in the phrase come to grief

Now let’s talk about grief as it relates to the emancipation that an individual goes through when they announce their transition to loved ones. Now, if you have read any of the definitions above and you love someone who is transgender, I find it hard to believe that you would agree that anyone has died or that transition is unfortunate, a cause of suffering, or annoying – as stated by definition.

What I am proposing is that we re-frame this idea of allowing grief with transition. What we do when we grieve transgender, gender non-comforming and intersex people, it indicates that being transgender, coming out, transitioning, or emancipating ones true self as an intersex individual is bad, negative, unnatural or wrong. As we know, it is not.

This Cultural Dysphoria (Thank you Anunnaki for this term), and this innate and insidious, systematic brainwashing has taught us it is okay to grieve the living who do not meet our standards or our expectations in this heterocentric world we live in. We need to unlearn this. It is okay if you have made this mistake. We are only human. We learn we grow and there is always room for more of that. What is not okay, is to perpetuate this deep-seated, inherent, unconscious phobia. When we discuss things like privilege or  discrimination, often people become immediately defensive. Particularity those who do care. This is because they are unaware and they have yet to learn and be awaken. I am here to say, wake up! I am grabbing the world by the shoulders, looking it in the eye and saying, “stop it”. Stop burying  transgender, gender non-comforming and intersex people! Society has already began to dig this grave the moment they emancipate themselves. Please, I beg of you, do not contribute to this.

What I offer instead is that you learn to release your own expectations you impose on to others and allow them to tell you who they are. Self-Determination is a beautiful things to bear witness to.

Liam died by suicide. I grieve him everyday.

Love and accept (without grief) your transgender, gender non-comforming and intersex family and friends.

Here are my own personal thoughts about comparing my transition to death:

After realizing what I was doing, I personally do not call my birth name my “dead name” anymore.  Instead,  I now call it my “birth name”.  Much like an adopted person would call their original name their birth name after they change it to their new name.  You see, I am trying to teach people to define these big changes of transitioning differently and to stop comparing it to the grief of true death.  I see so many transgender people saying the old them had to die so they could emerge my true self.   I used to be one of them even.  But did we truly die, or did we just dramatically change?

When I transitioned my family and I all transitioned together.  Yes, during this transition countless things change, but I did not kill myself when I came dangerously close at times.  This means we needed to celebrate my new life!

With the suicide rate so high for those who transition from one gender to the other I find it very difficult to compare this “grief” to the grief of someone dead.  Worse, I was buried alive by my family and many friends. No, my birth name Antoinette, it is not a dead name to me.  It is simply a name that is mine anymore.  I did not die, and anyone who celebrates my re-birth will honor my new legal Anunnaki Ray.   Here is a poem I wrote about being buried alive by my sister and family when they could not accept the new me, the alive me!:  And Once the Storm is Over, I was Buried Alive

With this I conclude:  Please, do not grieve a child who is still here.  If this is asking too much, if we are to continue to use the word “grief” and “dead name”, we have to have much sensitivity to all those people whose transgender or intersex love one truly did die from suicide or being murdered due to a hate crime.  Do not compare your grief.  It is not the same.

Last, Phyliss and I are not saying feelings are not allowed.  We are asking for the language to be changed to show respect to all.  Semantics do matter.  To “grieve” a dream is not to burry a child.  When our kids do not become what we “dreamed” them to be, maybe we simply need to accept what is. Then quickly go hug our living trans or intersex kid and tell them how thankful we are that they are not dead and to simply love their authentic selves and honor their self-determination.

Below are the stats, from National Transgender Center for Equality. :

To be honest, I personally think it is a form of “transphobia” when parents compare the transition of their child to death when it is not death.   Celebrate if your child is still alive!  It is time to celebrate a new life!  Have a party instead of all this ‘grief’, good grief!  Please, help us end cultural dysphoria! 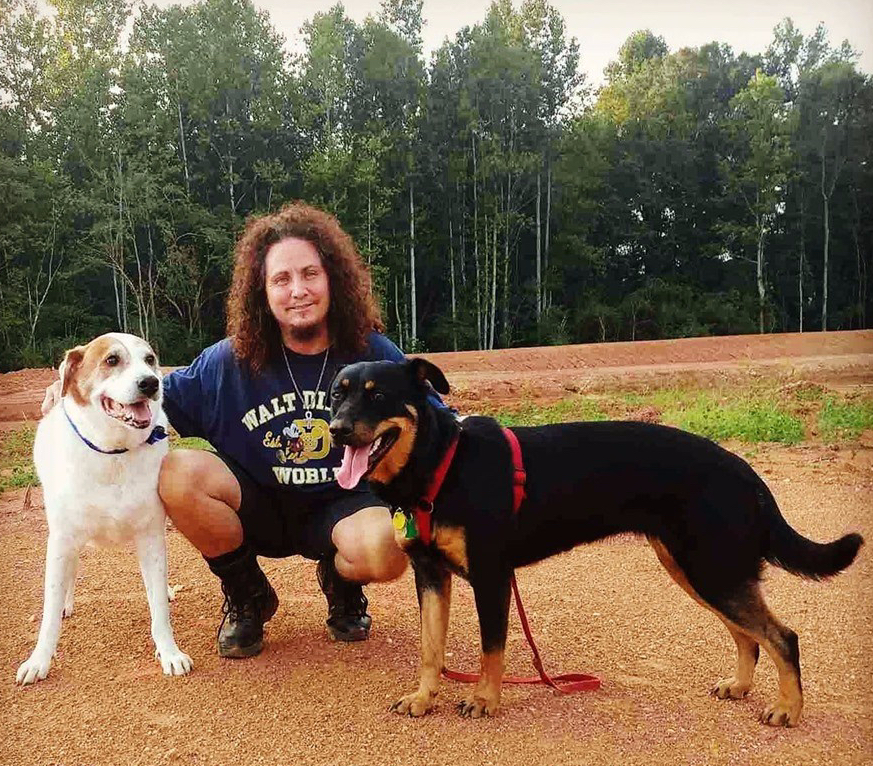 Anunnaki with his two dogs Moose and Roxy. August 2019

PFLAG Rockford Chapter is the 2nd to become INTERSEX Inclusive. 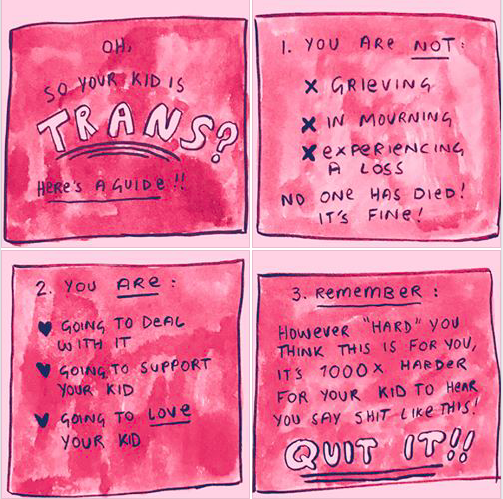 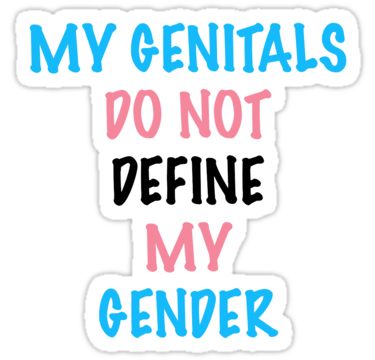