One’s innermost concept of self as man/boy or woman/girl, both, or neither. Gender is a spectrum. It is how individuals perceive themselves and what they call themselves. It is much like a person’s personality. One’s gender identity can be the same or different than the sex assigned, by the authorities, at birth.

Gender or Gender Identity: When it stands alone as just “gender” it refers to how one feels internally about themselves, much like their personality. Gender is the range of characteristics pertaining to, and differentiating between masculinity and femininity, but not limited to just two. Gender is a social construct. Gender is not determined by the appearance of our external genitals, gonads, sex chromosomes, and sex hormones. 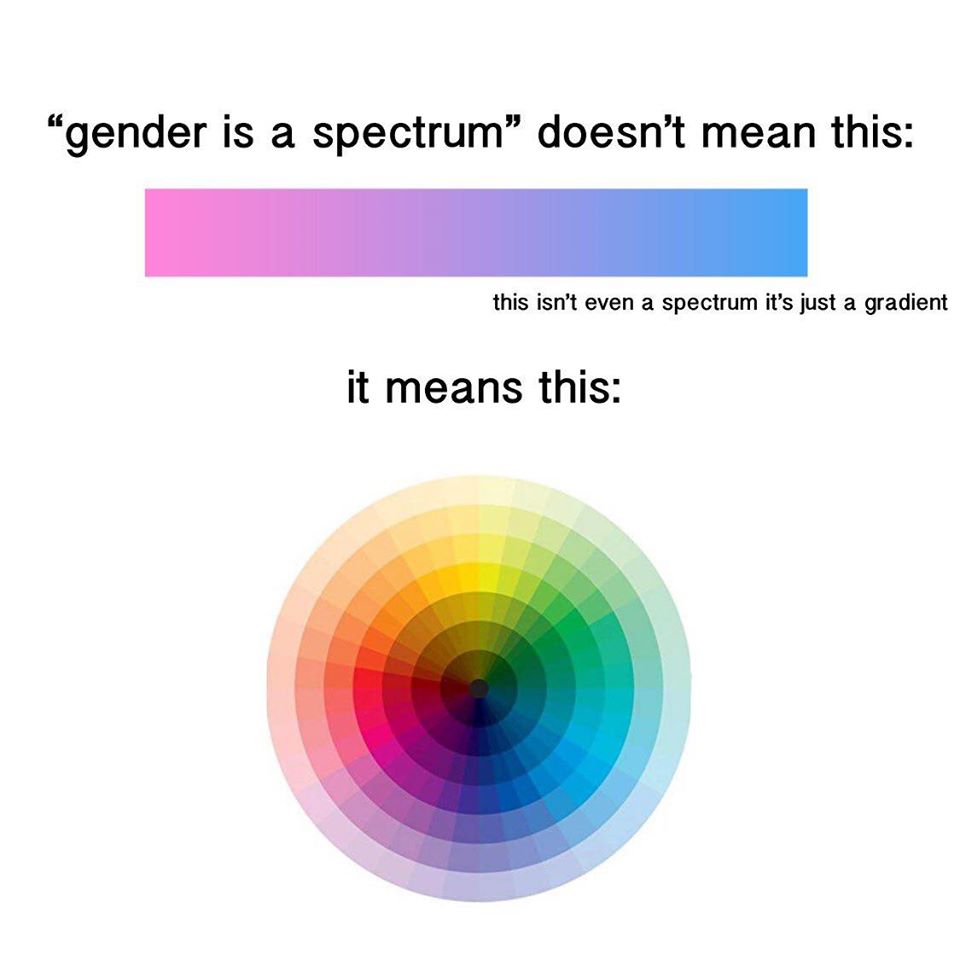 Agender: Is a term which means ‘without gender’. It can be both as a non-binary gender identity or as a word to describe not having a gender identity. People who identify as agender may describe themselves as: Genderless, lacking gender, or Gender neutral. 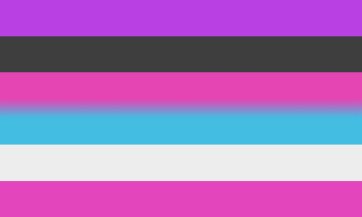 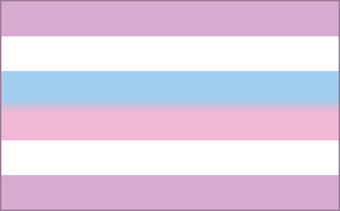 The Bi-Gender or Intersex Flag.

Above are three Bi-Gender Flags (Note: Gender has nothing to do with biological sex, which can be typical female, typical male and intersex (which is the spectrum of biological sex).

Cisgender: is a word that applies to the vast majority of people. If that person grows up to identify as their assigned gender at birth, then that person is cisgender. Some say that this means “gender-normative”; but I say it is just typical, not necessarily “normal”.

Demifluid: is a gender identity for someone whose gender is partially fluid (genderfluid) with the other part(s) being static; an example could be: one part of their gender is ‘woman’ while the part that fluctuates is ‘man’ and ‘genderqueer’.

Demigender: From demi, which means “half” + gender. This is an umbrella term for nonbinary gender identities that have a partial connection to a certain gender. This includes the partly female identity demigirl, and the partly male identity demiboy. There are other partial genders using the “demi-” prefix for the same reasons. For example, deminonbinary, demifluid, demiflux, and so on. Like non-binary, demigender is also an identity within itself, for people who feel a connection to the concept of gender rather than certain genders. Being a demigender solely depends on if a person identifies as partially male or female. For some, they may identify with two or more genders while others may not.

Demiguy: A demiguy (also called a demiboy, demiman or demimale person) is a gender identity describing someone who partially, but not wholly, identifies as a man, boy or otherwise masculine, whatever their assigned gender at birth. They may or may not identify as another gender in addition to feeling partially a boy or man.

Demigirl: is someone who only partially (not wholly) identifies as a girl or woman, whatever their assigned gender at birth. They may or may not identify as another gender in addition to feeling partially a girl or woman. May also use the terms demigal, demifemale or demiwoman.

Alternatively, demigirl can be used to describe someone assigned female at birth who feels but the barest association with that identification, though not a significant enough dissociation to create real physical discomfort or dysphoria, or someone assigned male at birth who is trans feminine but not wholly binary-identified, so that they feel more strongly associated with “female” than “male,” socially or physically, but not strongly enough to justify an absolute self-identification as “woman”.

Gender Queer, Non-binary gender or Mixed Gender: A person who does not subscribe to conventional gender distinctions, but identifies with neither, both, or a combination of male and female genders. Non-binary people may wish to transition so that their gender expression more closely reflects their internal identity. Many non-binary people wish to appear androgynous and adopt unisex names, gender-neutral titles such as Mx., and/or gender-neutral pronouns, but others prefer to express themselves in ways which are traditionally seen as masculine or feminine or to mix aspects of the two. 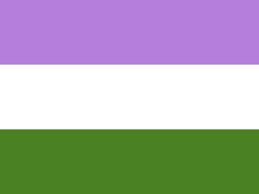 Gender Fluid: Gender fluid is a gender identity which refers to a gender which varies over time. A gender fluid person may at any time identify as male, female, neutrois, or any other non-binary identity, or some combination of identities.

Gender Invert: A gender invert is someone whose gender is not the gender that is assumed to correspond with their sex, but who does not consider either their sex or their gender to be wrong or in need of adjustment.  In other words, they do not feel the need to physically transition.

Gender nonconforming: refers to people who do not follow other people’s ideas or stereotypes about how they should look or act based on the female or male sex they were assigned at birth.

Intergender: Intergender people have a gender identity that is in the middle between the binary genders of female and male, and maybe a mix of both.  Here is a blog you might want to read regarding being intergender: Intersex VS Intergender. Do Intersex Transexuals Exist?

Ipso Gender:   Is when an intersex person agrees with the sex they were medically assigned.  It differs from Intergender in that this is binary gender, while Intergender is nonbinary gender. It differs from cisgender because the person’s body initially did not fit within the binary even though their identity does.  Please read more about about Ipso Gender from the creator of the word:  TranFusion: Cis Gender, Ipso Gender By Cary G. Costello Ph.D.

Ladyboy:  An effeminate homosexual man, or one who adopts a feminine appearance, especially an intergender person.

Multigender:  Is a term for anyone who experiences more than one gender identity. It can be used as a gender identity in its own right, or can be an umbrella term for other identities which fit this description.

Neuter or Agender: A person who feels they are genderless, or has no gender.

Non–binary gender:  Is any gender that isn’t exclusively male or female. Non-binary people may feel some mix of both male and female, somewhere in between, or something completely different.

Pangender: Pangender (and/or Omnigender) is a non-binary gender experience. It refers to a wide multiplicity of genders that can (or not) tend to the infinite. Meaning that this experience can go beyond the current knowledge of genders being simply a male and female “binary”.

Transgender: Transgender is a term used for those whose binary gender identity is the opposite of their assigned sex at birth. They may or may not take hormones or perform surgery.

(The first one is most common in the USA.)

These are the two symbols for transgender

Note: The feminine equivalent of transmasculine is transfeminine.

Transexual: Transsexual people experience a gender identity that is inconsistent with, or not culturally associated with, their assigned sex, and desire to permanently transition to the gender with which they identify, usually seeking medical assistance (including hormone replacement therapy and other sex reassignment therapies) to help them align their body with their identified biological sex or gender. Transsexual is generally considered a part of transgender, but some transsexual people reject the label of transgender and visa versa.

This is sometimes considered the transexual symbol,

however it is also the intersex simple too.

Two-Spirited: Two-Spirit (also two spirit or twospirit) is a modern umbrella term used by some indigenous North Americans to describe gender-variant individuals in their communities.

Third and fourth gender roles traditionally embodied by two-spirit people include performing work and wearing clothing associated with both men and women. Not all tribes/nations have rigid gender roles, but, among those that do, some consider there to be at least four genders: feminine woman, masculine woman, feminine man, masculine man.

This list is growing all the time.  If you would like me to add something, or if you have a comment, please feel free to e-mail me: Mx. Anunnaki Ray: anunnakiray@outlook.com

I. Biological Sexs and Sex Characteristics

X. All the Gender Symbols

Blogs about my personal thoughts around gender identity: