What happens when they raise a boy, a girl?

I  have been watched over by angels, since they took away my right

The angels must have known that I would need them every night.

For it was then I could hardly breathe.  Knowing but not knowing I was being violated, but I was so young.

They say a four year old could NOT know their gender, but they are so damn wrong!

They confused the hell out of me, but I knew it all along.

Therapist and doctors forcing me to realize.

Pulling out their dolls, to prove to me what I had was not the “right stuff”

Knowing damn well what was “necessary” to be a boy.  I had to face it, being bathed with my little brother.

How could you allow them to do this to me, mother?

How could I escape this mess, this world put me in?  Feeling more and more like a visiting alien.

In adolescence, I saw those beautiful androgynous rock stars. Oh, how my being ached to be them, and to escape this mess.

My first thoughts of suicide were at four; it just grew as I feminized more.  Don’t you dare tell me at four we do not know!

Don’t you dare tell me I was wrong!  That’s when I found out about “real girls”,  I was NOTHING like them!

I feared I would suffocate to death when they made me be a girl. Escaping in a cloud of wishing I could be “him”.  Sleeping every chance I could, because I NEVER  dreamed female.

Night became my enemy. The silence of the night, terrible when so hopeless and alone.  Until dreams would take me to that place where I could finally be “him”.

My mom could not rescue me. It was always half measures. Pink bows, lace, mixed with Tonka Trucks, saxophones, piano, combat boots, Mohawks and spiders.

A little relief from Cos Play!  Or did those who did not get it,  label it “cross dressing”?  I have even been called transgender. For you thought I was a female!

My friend, you were not the only one lied to!

Is it truly a wonder to why I felt a gay and non-binary guy back then and now?

This is what happens when you raise a boy a girl. 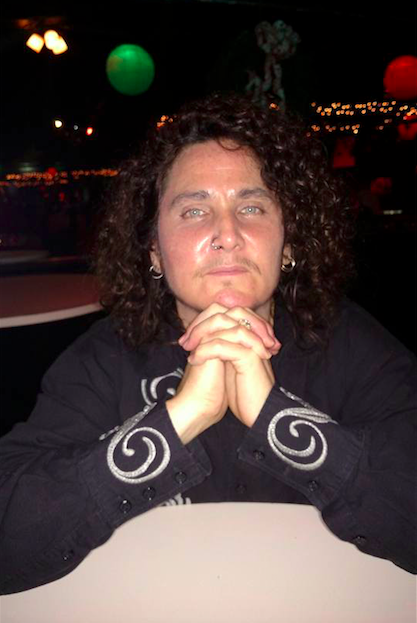 This poem is dedicated to:

The song was originally intended to be a part of a rock opera called ‘Quads’ which was to be set in the future where parents can choose the sex of their children. The idea was later scrapped, but this song survived and was later released as a single. The song is about a family who “order” four girls, but a mistake is made and three girls and one boy are delivered instead. The boy dreams of partaking in sports and other boy-type activities, but his mother forces him to act like his sisters and refuses to believe the truth. (There by the refrain: “I’m a boy, I’m a boy, but my Mum won’t admit it…”).

Put your frock on, Jean-Marie
Plait your hair, Felicity
Paint your nails little Sally-Joy
Put this wig on little boy

#georgefloyd #WeAreHuman #prejudice #blacklivesmatter #HumanRights #wecare
#recovery #adultchildren #MyIntersexStory
It is not easy. Send your love to our family. Day +36/100 Beating the odds! #OurIntersexLoveStory #bonemarrowtransplant #cmml #leukemia
A friend shared this saying: "never give up." We appreciate the love and support during this time. Day +35/100 #bonemarrowtransplant.
My meditative walk today. #selfcare
Day +31/100: Bunny 🐻 Gifts from our daughters. ORANGE for #leukemia and YELLOW for #hermaphrodite

A Day to Honor and Remember those who came before us.November 8, 2021
7 months to go.