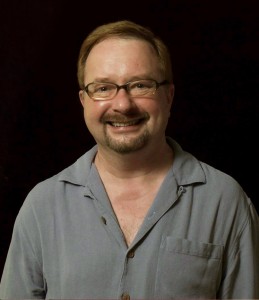 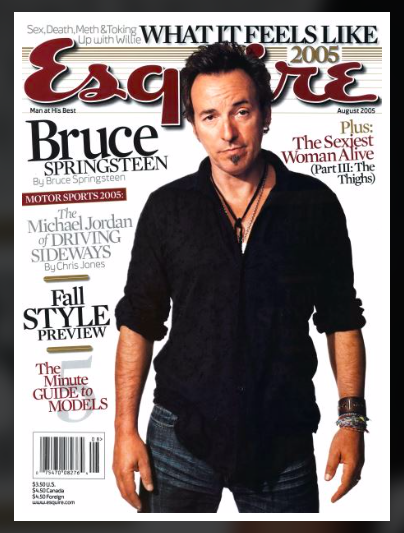 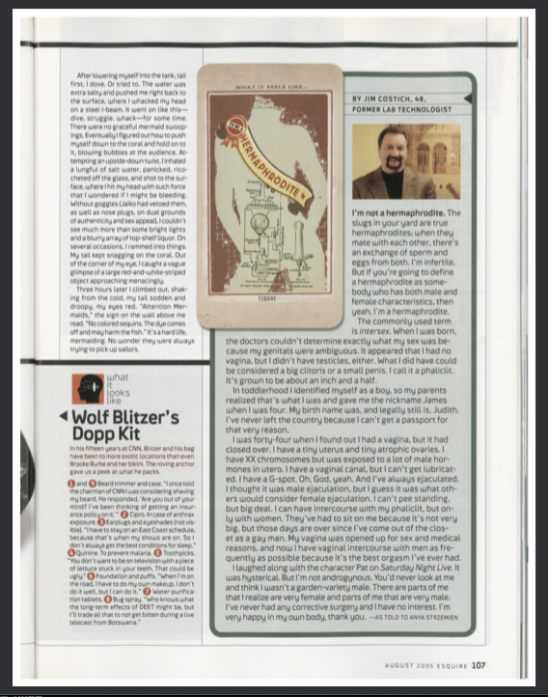 This article was written at a very heady time in my life. I had joined the gay men’s naturist club and running around naked in the woods with other naked men who could all see at a glance that I don’t have testicles and do have a very small penis had not resulted in my rejection at all. Quite the contrary. I had discovered that being intersex is exotic and exotic is sexy. This was only just sinking in when something started to change. It seemed like skin between my legs was thinning at one spot and sometimes when I would sit down it felt like something was tearing. I asked my partner to take a really good look and see if he could see what was going on. We both decided that I needed to see a doctor and asked my primary physician to take a look. He sent me to a urology specialist and I ended up getting quite a medical workup and the amazing news that I had a vagina. I was 44 years old. This is pretty exciting news after a youth spent feeling like a male minus something I had discovered that my playground had a new piece of equipment in it. My doctor was scared that I might go into a state of existential crisis and relieved when I didn’t but I needed their help in learning about the care and feeding of such a thing. Some of my gay male friends knew more about it than me. Since I wrote this article and others I’m not doing so much bragging anymore. Like the rest of me, it’s short and skinny. Nevertheless, it’s another example of intersex, anatomical novelty valuable to its owner and admirers.

Here is the link to that archived article:

The Man with the Hidden Playground

To learn more about some intersex bodily variations:

A Day to Honor and Remember those who came before us.November 8, 2021
9 months to go.