It is important that I share with you something I see many having confusion around when referring to a person born with intersex traits.

My body was born with physical traits of both male and female.  There are many different ways this can happen in a person, but to keep things simple, for me it means that hormonally and physically I have both the traits of a typical male and a typical female.  Some have innocently have come to the conclusion that this means I have “both genders”, when for me this is not true at all.

I actually am of the male gender but am very gender nonconforming and androgynous.  My gender expression is mostly male on a day to day bases, but I love to dress androgynous (mixing both male and female expressions).  My mannerisms are neither male or female, and I don’t go out of my way to conform to the strict constructs of the male/female binary world.  Not all intersex people are like me.  This is simply my story.

For me, my gender identity did not match my birth assignment.  I was assigned female at birth, and it was an incorrect assumption.  Thankfully, I am fortunate enough to not have been surgically altered, a tragedy that is often faced by many intersex people.  I did, however, suffer the consequences of hormonal manipulation and psychiatric interventions, that did cause me permanent damage.  All of this would have been avoided if my true gender had been respected when I came out to this world as a male, when they could not justify it using my genitals.  Therapy started as young as three years old to teach me I was a girl, and to force me to comply to this existence of binary gender.

Further, gender expression is how we appear to the world, or dress, to demonstrate our gender.  For me, I mostly dress male, but truly enjoy dressing androgynous and even like to dress up in cosplay (costume play), like a pirate or steampunk.  As a teen, I often dressed as Adam Ant, Pete Burns and Boy George, the androgynous rock stars of the 80’s.

When I appeared as a female, we appeared heterosexual.  Now that I appear as a male, we appear as gay.  My sexual orientation is strictly to be attracted to my husband, and it is sad that this world wants to label this.  What is worse, is that these labels are obviously misconstructed, cause a divide and much harm.  Heterosexual is obviously not the only “correct” sexual orientation.   Here are some common ways people label their sexual orientation:  A person can be heterosexual, gay, lesbian, bisexual, pansexual, asexual, and many other things to describe.  If there is still confusion I created this page of definitions:  Helpful LGBTQIA+ Definitions and Flags.

In closing, I hope for a world that allows autonomy to make choices and decide about our own bodies and how we identify ourselves.  If I had been given that human right, my life would have turned out much better, and I would have avoided much societal, medical and psychological tragedy.

I will now use MOGAI instead of LGBTQIA+

How to Add the “I” Responsibly to the LGBTQ+ Rainbow

Although not perfect, and has a few flaws, the Featured Genderbread Image was borrowed from: The Genderbread Person.

To Learn more you can also go to:  Intersex and Gender Diversity . 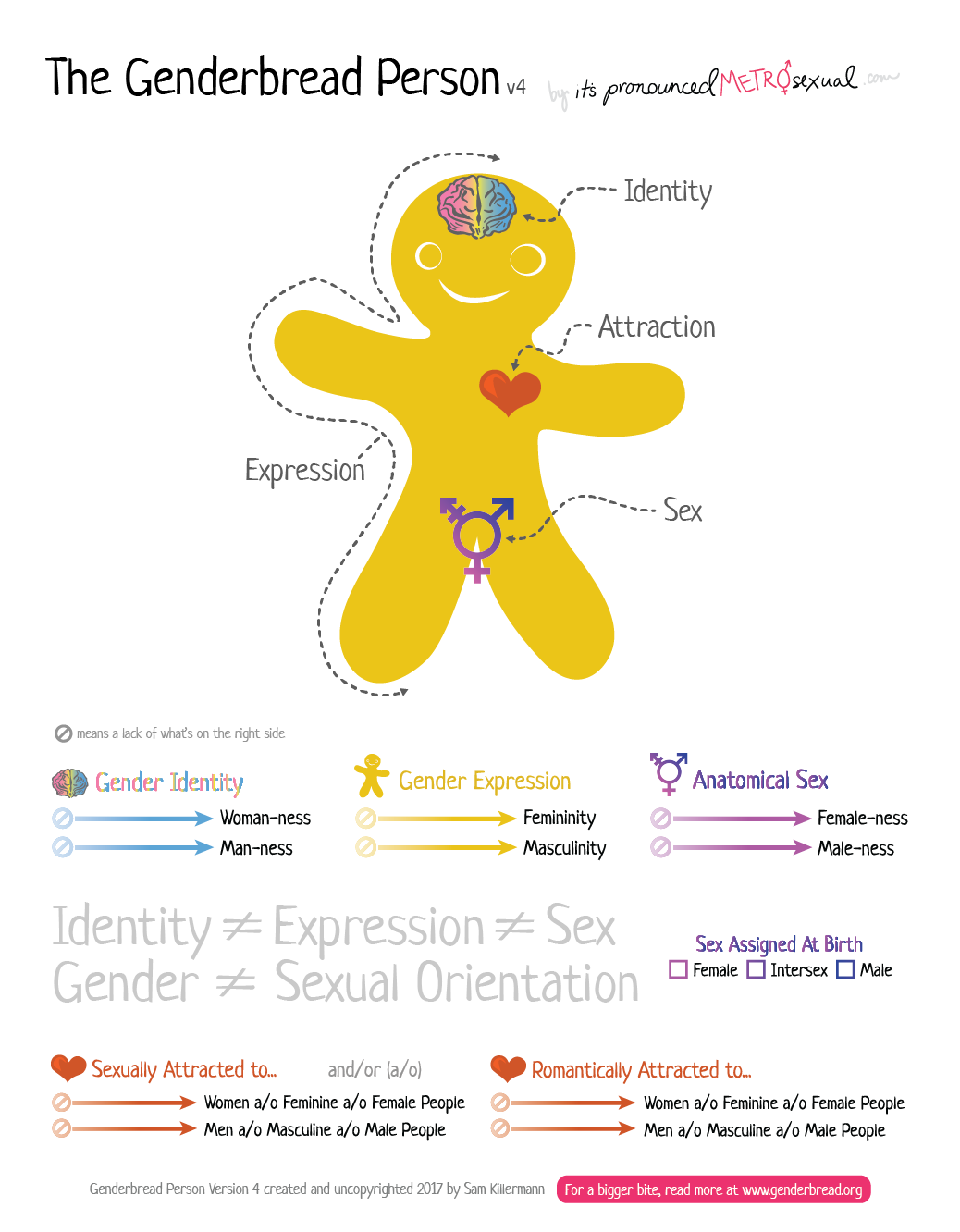 2018 Update: I am Proudly the First in Colorado to get an Intersex Birth Certificate

6 thoughts on “I was born with an Intersex body, but this does not create my Gender or my Sexual Orientation.”